A comparative analysis of Amazon SageMaker and Google Datalab

Amazon SageMaker and Google Datalab have fully managed cloud Jupyter notebooks for designing and developing machine learning and deep learning models by leveraging serverless cloud engines. However, as much as they have in common, there are key differences between the two offerings. This post carries out a comparative analysis to examine the subtle differences and similarities between the two cloud-based machine learning as-a-service platforms. 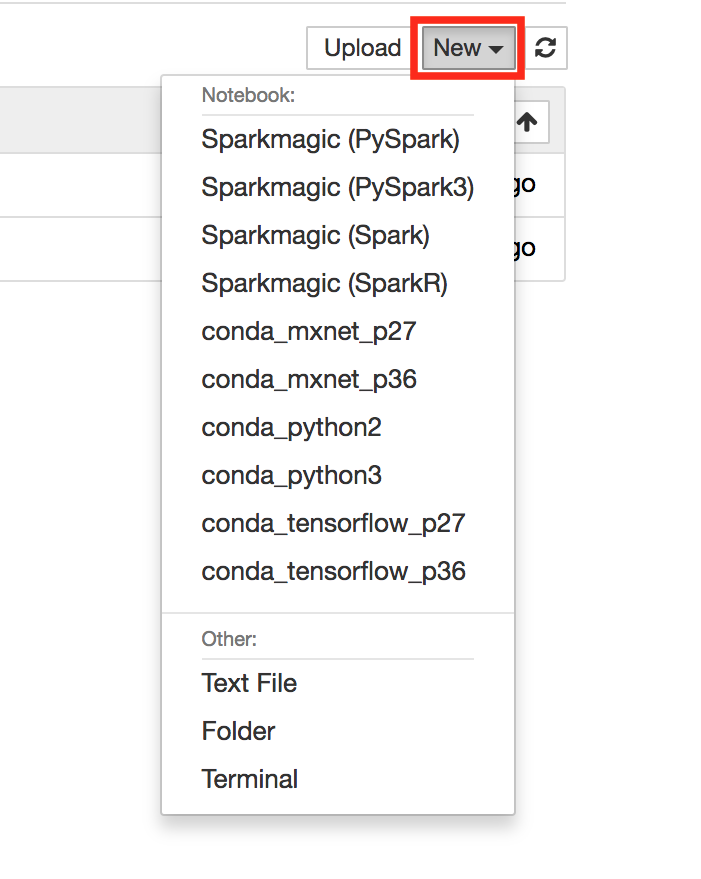 While Google Datalab also has a fully managed Jupyter notebook, it does not come pre-installed with MxNet and Apache Spark. However, TensorFlow (as you will expect) is pre-loaded on all Datalab managed notebooks kernels.

In any case, packages like MxNet, can very easily be installed on Datalab notebooks by running console commands via the Datalab bash shell. For example, to install MxNetm on Google Cloud Datalab run the following commands:

This functionality makes Google Datalab quite flexible because other packages like Keras can be installed to the Datalab compute instance.

The flag --yes forces conda to accept all requirements during installation.

Google Datalab also offers a fully managed compute infrastructure. However, the Datalab instance is not auto-elastic. You have to select the instance size when launching Datalab. This size can later be changed. Also, if you need even more compute capabilities, you have to apply to increase your quota limit. But this is a very simple and straightforward process. The Google Cloud Platform manages monitoring, logging, and server maintenance via Google Stackdrier.

Using Cloud ML to train your model takes advantage of scalable and distributed compute resources. Although Cloud ML only works with code written in TensorFlow. Datalab is often used in conjunction with Cloud ML.

Amazon SageMaker provides pre-optimized machine learning algorithms. These algorithms are particularly enhanced to run on Amazon’s compute servers and are acclaimed to outperform similar algorithms from other packages by an order of magnitude. To use these algorithms, you simply connect them to your data source. The goal of these pre-optimized algorithms is to provide easy access for developers who are not particularly skilled in machine learning to take advantage of AI in their software products. The SageMaker custom algorithms span across a variety of supervised (XGBoost, linear/logistic regression), unsupervised (k-means clustering, principal component analysis (PCA)) and deep learning (DeepAR, Seqence2Sequence) algorithms.

Google Datalab does not have such pre-customized machine learning algorithms. However, machine learning models that are built using TensorFlow are optimized to run on distributed tensor processing units via the Google Cloud ML service. This is also a very powerful feature when working with petabyte scale data.

Amazon SageMaker trains your models on a set of distributed compute engines under the hood. These machines are relinquished as soon as training is completed.

Google Datalab trains your models on the Datalab instance. Although a very powerful multi-core Datalab instance can be provisioned, it is not distributed across multiple machines. Cloud ML is responsible for training learning models across distributed machines. In order to take advantage of Cloud ML, the code will have to be packaged as a Python module. As at this time of writing, this feature is limited to TensorFlow code.

Amazon SageMaker has an option to perform automated hyper-parameter tuning on your learning model during training. This feature is in preview mode as at this time of writing. But it looks very interesting as it promises to abstract the data scientist or developer from grid search concerns in finding the best set of hyper-parameters for an algorithm training the model.

Google Cloud Datalab (standalone) does not have this sort of functionality. However, Google CloudML has a feature called HyperTune which automatically optimizes your learning model for an improved accuracy or minimized error loss. Training with CloudML is a very powerful feature for training petabyte scale learning models on the Google Cloud Platform. The only downside is that this functionality is limited to models trained with Google TensorFlow.

Trained models can be deployed for production directly from Amazon SageMaker to an elastic compute infrastructure with high availability. SageMaker spins up the EC2 instance, deploys the model as well as implements a secure HTTPs endpoint for the application. By integrating this seamless deployment feature to SageMaker, revised/ new machine learning models can quickly be pushed into production without DevOps overhead.

Google Datalab does not directly handle code deployment into production servers. However, the model built on Datalab is packaged into a Python module and deployed on Google CloudML. The models are exposed to your application using Google Cloud Endpoints.

With Amazon SageMaker, billing is based on utilization. By and large, this is same for Google Datalab. However, there are certain perks to their pricing structure that are mostly dependent on customer use-case and demand peculiarities. In general, both Amazon SageMaker and Google Datalab, usually in tandem with other storage and processing infrastructure/ services of their respective cloud hosts (i.e., Amazon Web Services and Google Cloud Platform) offers fair and affordable prices and a convincing reason to consider migrating to the cloud today.

Note: This was originally published in ekababisong.org